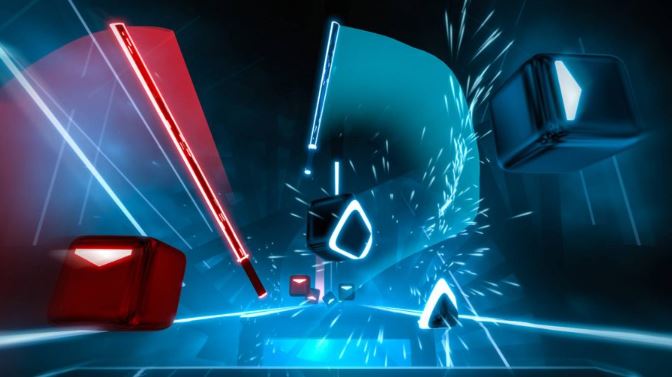 The PUBG Corporation has filed a lawsuit against Chinese publisher NetEase, alleging copyright and trademark violations in two games, Rules of Survival and Knives Out.

In today’s gaming market, it is quite common for a very successful version like PlayerUnknown’s Battlegrounds followed by a series of derivative clones, mostly on mobile platforms, created by developers hoping to capitalize on the game’s success.

PlayerUnknown’s Battlegrounds’ the developers, PUBG Corp., will no longer tolerate some of these counterfeit titles. The company, which is owned by Korean publisher Bluehole, filed a lawsuit on April 2 in U.S. District Court in Northern California against Chinese publisher NetEase, which released a pair of highly-derived smartphone titles called Rules of survival and Knives Out which look and play extremely similar to PUBG. The lawsuit accuses NetEase of copyright and trademark violations in the two copied titles.

Rules of survival and Knives Out are both 100 player battle royale games, featuring island battles where players parachute from a plane. Battles, unsurprisingly, feature almost all of the basic elements of PUBG, from the reduction of “safe zones” to the collection of weapons and vehicles scattered around the map.

The battle royale formula wasn’t entirely PUBG Corporation’s idea – PUBG itself certainly derived content from pre-existing games – but since its success, there has been a tendency for other developers to copy the PUBG model. The PUBG Corporation has openly criticized headlines like Fortnite in the past for appearing to copy their formula, but the company has never fought so vigorously against another title as it does now with this lawsuit against NetEase.

While PUBG Corporation may be opposed to other developers enjoying games heavily based on their formula, it may also be that PUBG Corporation has decided to act only now that they have released. PUBG on mobile devices, and are therefore now in direct competition with NetEase in the same market. Often, copycat titles go relatively unnoticed as they are only released on mobile platforms, where they do not directly compete with the original game on PC or consoles.

PUBG Corporation lawsuit reveals that the company first took action against NetEase on January 24, when PUBG Corp filed a complaint with Apple about clone titles available on the App Store. While it is not known whether PUBG Corporation requested delisting of the games, Apple forwarded the complaint to NetEase, which responded by denying that their titles infringed the rights of PUBG Corporation. Obviously, the PUBG Corporation now feels confident enough to sue NetEase over this matter. This is not the first time that NetEase has been involved in a clone title; the company announced FortCraft, a game that strangely resembles Fortnite, although no legal action has yet been taken against them for this title.

The trial is filled with side-by-side screenshots taken from PUBG, Rules of Survival, and Knives out, demonstrating the remarkable similarity between the original game and the two copycat titles. While the lawsuit lists some 25 “copyrighted” aspects of PUBG, which range from players forced to run to smaller and smaller circular areas on the map to a pre-match lobby that allows players to run and shoot with weapons.

While Fortnite may seem guilty of copying some of these aspects as well, there are some notable differences with this game as well, and PUBG Corporation has taken care to distance itself from past reviews on occasion. This lawsuit appears to accuse NetEase of copyright infringement on the grounds that the richness of similarities lies in the “in combination with other elements” aspect of their description of the game; “An audiovisual work protected by copyright, individually and / or in combination with other elements of Battlefield”, thus attacking the game to look too similar PUBG as a whole rather than in one or two specific areas.

The lawsuit, however, cites a number of specific cases, including a particular “rural aqueduct” which appears in both titles, the use of a frying pan as a weapon, certain pieces of armor or weapon cited as “copies. almost accurate “, and the repeated use of the phrase” winner chicken dinner winner “, which was used in marketing materials for both NetEase games. NetEase was involved in a court case alleging copyright infringement last year, but ironically, in that case, it was they who filed a lawsuit alongside Blizzard, against a Chinese clone of To watch. NetEase is actually overseeing the Chinese localization of the Blizzard title.

PUBG Corporation seeks damages from NetEase for their violations, and also seeks to shut down both Rules of survival and Knives Out. This is not the first time that PUBG had problems in China – just a few months ago, over a hundred PUBG Cheaters have been arrested across the country by police working in concert with Tencent, the company responsible for PUBG’s mobile port and Chinese localization.

Overwatch 2 removes a reference to “Papa” Jeff Kaplan, although it is free from controversy, in an effort to eliminate the tribute to all game developers.

Previous Handy Aermoo M1: A Clone Phone With Some Cool Features
Next AppDupe Review: Redefining the Dynamics of the Cloning App